Cognitive robots – the new era of true collaboration between human and machine.

Collaborative robots offer an effective solution to labor shortages due to cost-effective operation without sacrificing accuracy or safety. They perform a variety of repetitive tasks such as lifting, picking, cutting, assembling, and painting. Despite their obvious advantages, they lack human-like awareness. For the safety of workers collaborative robots require fences or barriers. This makes it impossible to be regarded as a universal solution. For them to interact safely with humans in different environments, they need the ability to percept and understand their surroundings, as well as cognitive intelligence. Therefore, the concept of the first cognitive robot was conceived and developed.

Cognitive robots learn from experiences to improve their performance, interact with humans, and make their own decisions. They are autonomous machines capable of seeing, hearing, speaking, feeling, and even talking to humans. In collaborative workspaces, they can either interact directly with humans or perform dangerous, repetitive tasks with minimal supervision.

Artificial intelligence (AI) and advanced sensors are constantly evolving to help intelligent robots bridge the gap between machines and humans. These advancements, along with relatively new sensor technology, are driving increased demand for smart machines and, in turn, more applications across all industries and households. 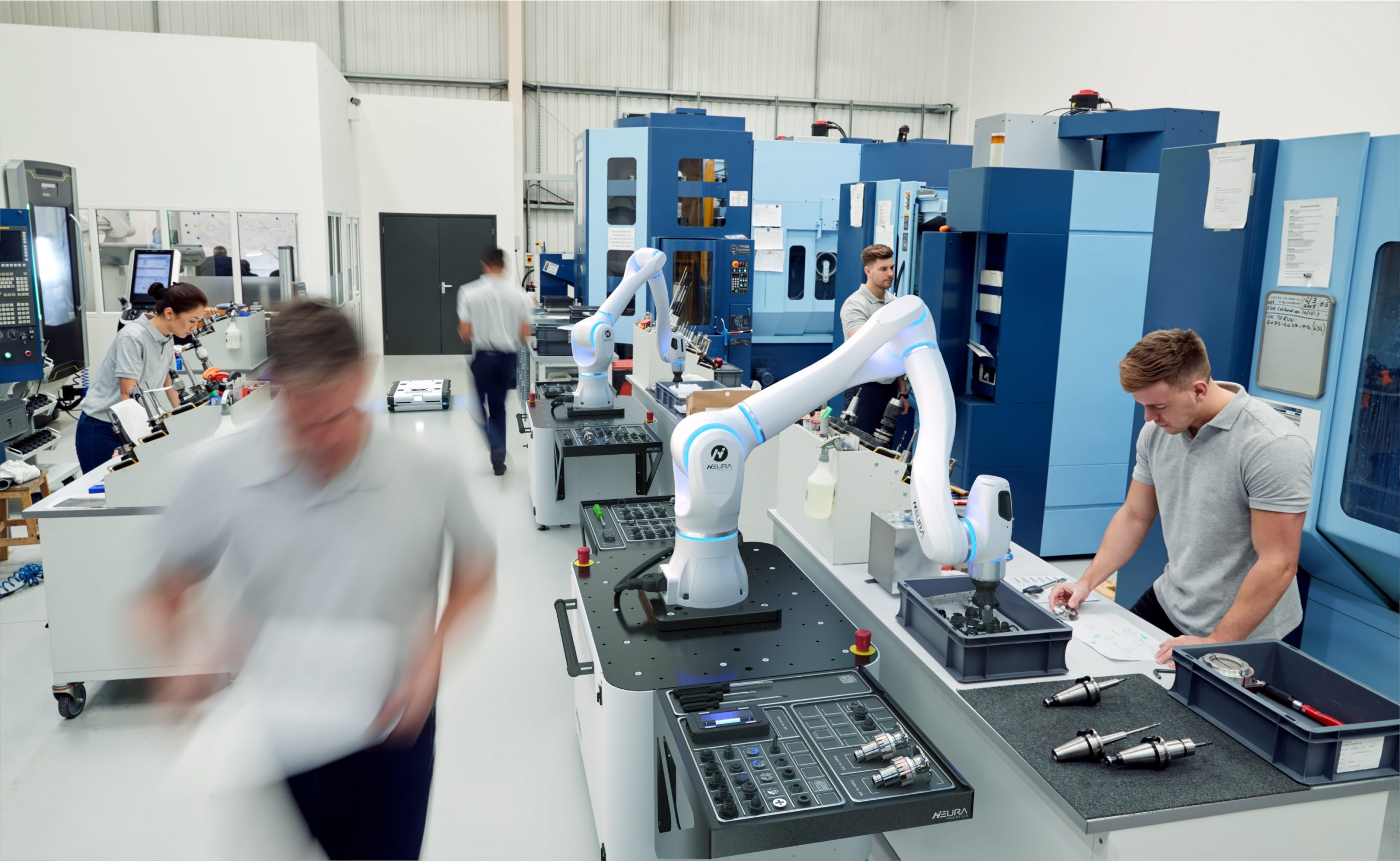 Cognitive robots can perceive and become aware of their environment by seeing, hearing, and feeling while learning new skills. Thanks to artificial intelligence, 3D voice recognition and smart sensors, they can recognize faces and objects and learn from their experiences to advance their skillset. They’re also able to adapt to any environment, and sensors like safe human recognition can prevent accidents.

Cognitive robots can collaborate and interact with humans in shared workspaces without physical barriers or other safety precautions. For this reason, an integrated system has been developed that uses visual, auditory, and physical feedback to safely recognize humans. These systems can detect people and objects within the range of the cognitive robot. Redundancy and diversity ensure the robot’s reliability in the event of a failure or malfunction. The secure and privacy-protecting cybersecurity systems prevent the theft or loss of confidential information by cognitive robots.

Hardware and software integration is critical to enable cognitive robots to operate in complex environments with varying motion, noise, and lighting conditions. Not only can they use 3D visual and acoustic sensors, but they can also learn to predict motion and behavior to maximize productivity by combining advanced sensor technologies with AI. By using these sensors, they can quickly develop a comprehensive understanding of all people and objects in their workspace.

The functions of a cognitive robot are controlled by an operating system that provides access to settings and functions similar to computers and smartphones. In addition, these operating systems allow operators to monitor and adjust fleet productivity for all units in each area. Not only can the operating systems add new features and improve efficiency, but they can also add apps, plug-ins and updates.

Lightweight and strong materials are two important characteristics of cognitive robots that enhance their movement and lifting capabilities while avoiding injury or damage from collisions. Due to their lightweight and strong materials, cognitive robots can reach speeds of up to 4.5 meters per second, perform tasks with sub-millimetre precision, and carry payloads of up to 30 kg with a range of 3 meters. 7 degrees of freedom (DOF) make them agile and flexible, allowing users to program specific actions using motion guidance.

Additionally, a cognitive robot with high-quality protection and IP65 ratings can operate in extreme temperatures (high and low), water, dust, chemicals, and humidity. In a cognitive robot, encoders are used to sense movement, convert it into electrical signals, and then send the signals to internal control systems, so that the robot can determine its position, velocity, and direction.

A cognitive robot needs a graphical interface that is easy to use even for people without programming or coding skills. Through simple menus and drag-and-drop operations, powerful user interfaces provide complete access to a unit’s movements and behaviors. 3D scanning sensors allow the robot and its environment to be visualized in 360° with a choice of objects, settings, and motion paths. A cognitive robot of today can also be controlled by an intuitive touch interface found on a tablet, or by software installed on a laptop or desktop computer.

Optimal productivity requires cognitive robots that can easily be configured and reconfigured to meet the changing needs of their work environment. In addition to manual touch controls, voice recognition, touch skins, and 3D vision, the device can be set up using a variety of built-in features. A cognitive robot can be taught to remember objects and motions through gestures, voice, and touch commands. Sensors and 3D vision are then used to operate the robot. 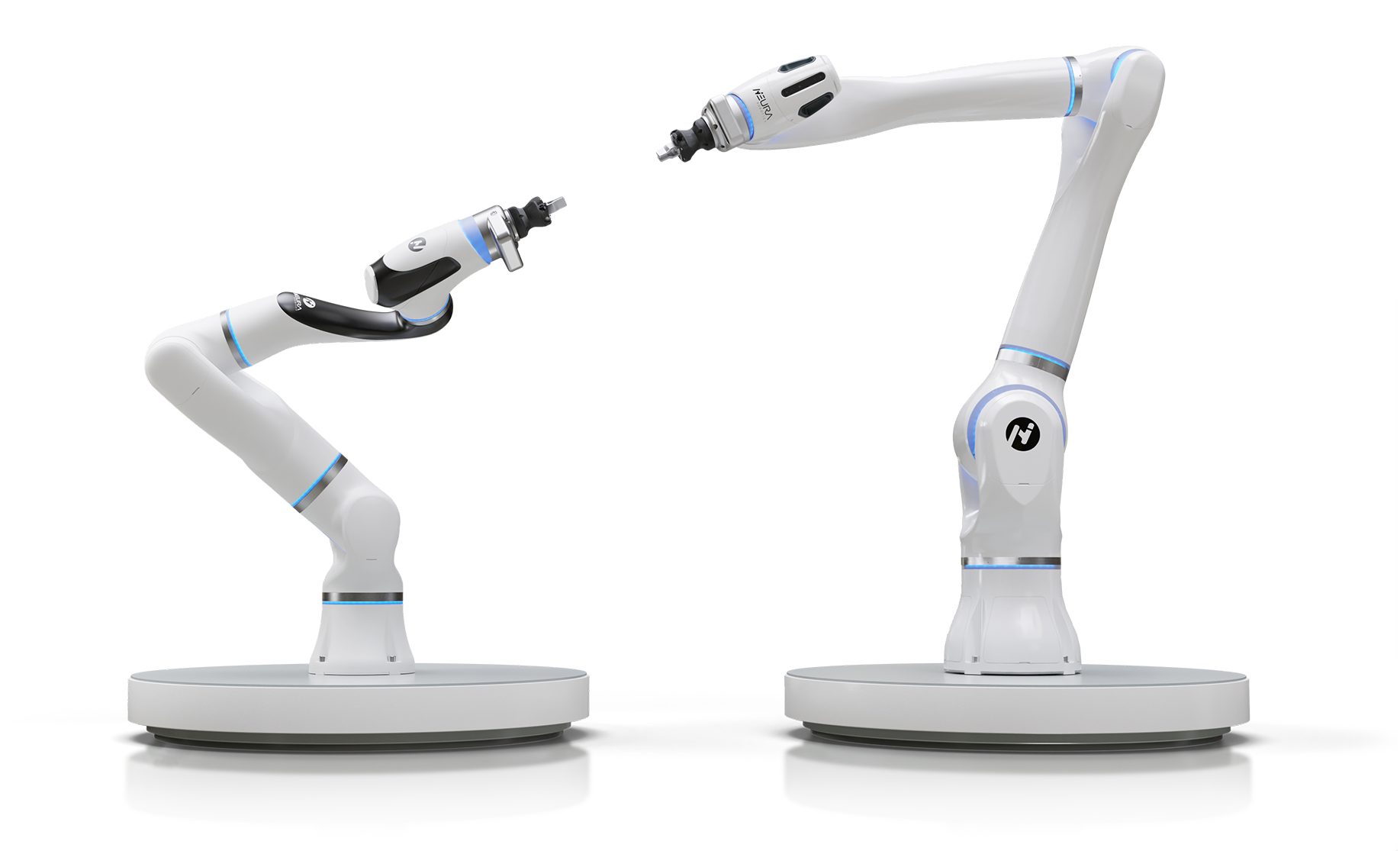 Continuous research and developments ensure cognitive robots can be used in factories, production facilities, and households around the world. These constant improvements have created limitless possibilities that enhance the collaboration between the robots and humans in any given environment.

Some of the use-cases include:

Cognitive robots can also move beyond these above lists to applications that are still not imagined thanks to its open-ended research, improvements, and possibilities. An unending smart collaboration with cognitive robots can undeniably solve humanities biggest challenges. 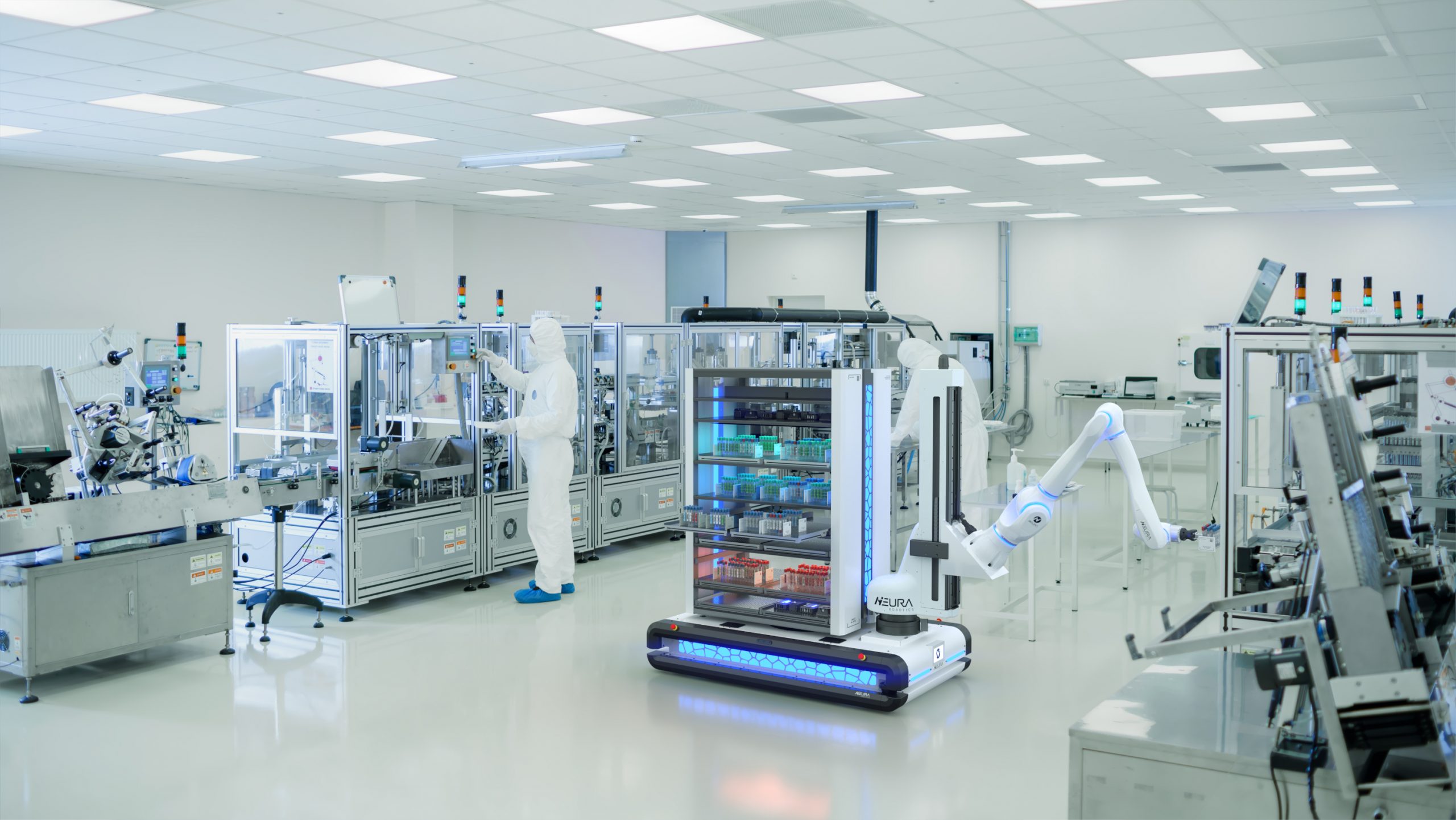 Get to know MAiRA, the first cognitive robot HERE.